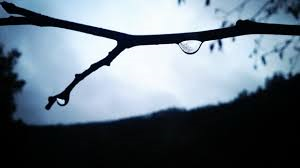 As a mystery writer, I deal with murder every day, typing away at my laptop, dreaming up intricate motives and researching true crimes. I don’t write about the actual process of killing someone. My murders take place “off screen.” They’re discovered after the fact.

For me, the fun of writing mysteries is the intellectual challenge of creating a compelling psychology and interesting motives for the killer, as well as developing an empathetic personality and causative circumstances for the victim. And of course, inventing a protagonist to cleverly sort through the red herrings and complexities.

Mystery is one of the most popular genres among readers. It’s fun to be scared when you know you’re safe, hence the popularity of roller coasters, sky diving and zip lining. I’ve loved mysteries since I was old enough to read and today my Kindle holds more mystery novels than any other genre.

So, all in all, murders have existed in the abstract to me for a long time. Until today. This morning I learned that the granddaughter of one of my good friends was murdered this week. A cruel, unnecessary and unforgivable death. Close up, murder isn’t fun. It’s not something to enjoy like a puzzle. It’s the reality of a life taken.

My heart is broken for my friend and her family. I’ll never feel distanced from murder again. Behind each victim are people who will love and miss them forever. Something I won’t forget as I write. 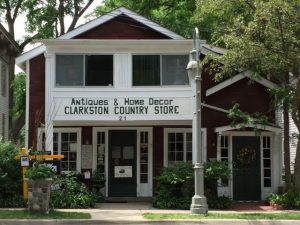 A few months back, I hit a roadblock trying to work out a theme for my next novel. Like many writers, I have a folder full of writing project ideas, but none grabbed me. Many hours plodded by, staring frustrated at a legal pad full of crossed out, brain-stormed thoughts.

Then one afternoon, feeling betrayed by my imagination and worrying that I didn’t have another novel in me, I walked into town. Past the Victorian homes lining Main Street, where downtown begins, I noticed a new “For Sale” sign on an old antiques store–Clarkston Country Store. I lifted the lid on the container holding the realtor’s description of the property, pulled one out, and read that an apartment existed on the top floor–something I didn’t know. Surprisingly, the store was open that day. It rarely had been for the past few years. I stepped in.

I hadn’t visited the place for at least twenty years, not being interested in the garage-sale type “antiques” sold there. Smiling at the owner, who stood behind the counter I did a walk through. Not much had changed, but I couldn’t help looking though a basket full of photos 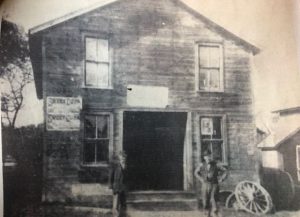 with a sign inviting me to “Choose a Relative.” I didn’t–I have more than enough of my own.

Back at the counter, I asked the owner about the history of the place. He told me that in the early 1900s, the building housed a woodworking shop on the first floor and a photographer’s studio above. Mid-century, it became an antiques store, and the photographer’s studio was converted into an apartment.

Excited, I rushed home, my brain spinning all the way, and googled the store. As it turns out, my adopted town has a historical society website where I discovered more information about the building. Gratefully, the legal pad was soon covered with potential stories about hidden photographs, small town scandals and secrets, and unreliable witnesses to crimes.

That day I learned that it’s not only big flashy ideas that inspire a novel, but sometime it’s places, buildings and objects right under our noses. 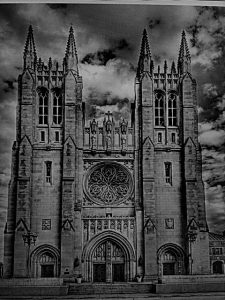 Behind the central door sits the secret keeper, wearing a purple stole. Behind the doors on either side, kneel the secret creators–the sinners, waiting in the dim light for comfort and forgiveness. The essence of wrong doing floats from them like smoke from a swinging brazier. The priest opens a small wooden window separating him from the sinner and leans toward the masking screen, waiting for words to pour into his ear and permeate his brain.

Like Russian nesting dolls, confessionals are nestled within the opulent body of the church, with its own ecclesiastical secrets and sins.

Many churches are dying. But although they stand ruined and abandoned in dying neighborhoods, their confessionals continue to harbor sins and secrets, lurking within dark corners like haunts. Living on forever like cockroaches.

Note: I wrote this piece during a writing workshop where the topic was “Obsessions.” And having attended a parochial school for twelve years, churches have a yin-yang vibe for me.

If this is the first of my blogs you’ve read, please check out my other, somewhat more light-hearted, blogs at janicerydzon.com and click on “Blog” at the top of the page. 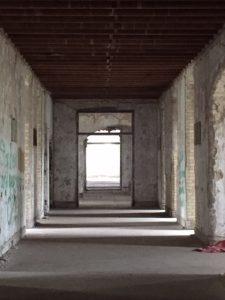 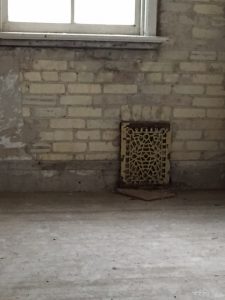 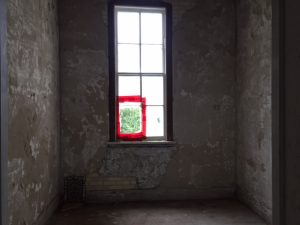 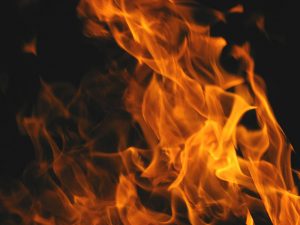 Two weeks ago, my husband, Tom, and I were lunching at a tiki bar with friends in South Florida when my cell phone rang. I didn’t recognize the number and almost didn’t answer it. But I’m thankful I did. It was our security monitoring service.

I moved away from the drone of boats passing by on the Intercoastal Waterway and the chatter of other diners to a quieter location. Jack, the guy from the security company, said smoke alarms had alerted on the first and second floors of our Michigan home. He wanted to know if he should call the fire department. Of course I said yes. He said he’d call back when he had a status from the fire fighters.

Like a zombie, I returned to our table and told Tom and our friends the horrifying news. Since the upstairs alarm was located almost directly above the one on the first floor,  I pictured a column of flames starting in the basement and tunneling through the roof. While Tom and our friends discussed our next move (Jump on the next flight home? Call someone–but who living near us might be home right now?), all I could think about was how grateful I was I’d brought my laptop on vacation with me. It contains all the novels I’ve written over the years.

As it turned out, there was no fire. My wonderful neighbor, who was thankfully nearby, had access to our house and was able to let the fire department inside (so no damage to the doors). Apparently, our fire alarms concurrently decided to let us know they needed to be replaced.

Later, thinking back on my reaction, I thought it interesting I hadn’t worried about any objects in the house. Everything home-wise I truly needed was with me—Tom, and my laptop. All else was replaceable.

Non-writers may not understand the laptop part, but the files on it represent years of my brain’s outpourings. And even though I have an offsite computer backup service, I wouldn’t have felt the same measure of relief if my laptop had melted away on the desk in my writing room.

I learned a valuable lesson about myself that day–that in a moment of crisis, most material things are not important to me. If I was at home, my house was on fire, and Tom was safe, I’d only grab my laptop before rushing out the door. What about you? If your house was on fire, and your family and pets safe, what would you rescue first?

We use cookies to ensure that we give you the best experience on our website. If you continue to use this site we will assume that you are happy with it.OkRead more